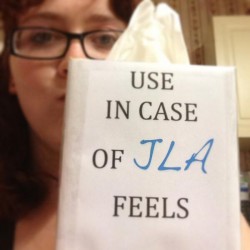 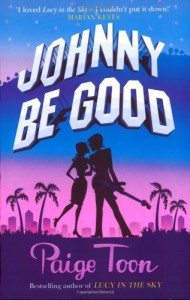 If your boss was the hottest rock star on the planet, would you mix business with pleasure?


I'm Meg Stiles. This is my leaving party. And that song we're making a mockery of? That'swritten by one of the biggest rock stars in the world. And I'm moving in with him tomorrow.
Seriously! I am not even joking. Well, maybe I'm misleading you a little bit. You see, Ihaven't actually met him yet...
No, I'm not a stalker. I'm his new PA. His Personal Assistant. And I am off to La-La Land. Los Angeles. The City of Angels - whatever you want to call it - and I can't bloody believe it!
Celebrity PA to wild boy of rock Johnny Jefferson, Meg's glam new life in sun-drenched LA is a whirlwind of showbiz parties and backstage passes. Cool, calm Christian, in town to write his famous friend's biography, helps keep Meg's feet firmly on the ground. But with Johnny's piercing green eyes and a body Brad Pitt would kill for, how long will it be before she's swept right off them again?

I got this book mainly because it in wrote by Paige Toon. If any book has her name on it I don't need to know what it's about I will still get them. She's my favourite chic lit author and I just love her books. I first read Johnny Be Good about a year ago, before I started blogging or writing reviews. Paige has recently released Baby Be Mine, which is about Johnny and Meg but years in the future and so I decided to re-read this one.
Johnny is the hottest rock star on the planet and the ultimate bad boy. He sleeps with his groupies, he takes drugs and he drinks excessively. Meg is a small town girl who is suddenly thrown into the glittery world of celebrities when she gets a job as Johnny's new PA. Meg had never been attracted to Johnny like her friends were but she suddenly finds herself falling for him. She knows she's bound to get hurt but she just can't stop. Will she be able to change Johnny for the better or will she end up getting burned?
I desperately wanted Johnny to fall in love with Meg, and you could see throughout the book that he came to care for her, but he always ended up pushing her away and going back to him womanising ways.
I love Meg and I think she's such a strong character to keep it together with everything she went through throughout the book and she's so amazing.

The only bad thing I can say about Johnny Be Good is that I am not a big fan of the ending. I wasn't the first time I read it and I was just as distraught about it this time around. I can't wait to read more about Meg and Johnny in Baby Be Mine and see what happens with them. I am so glad that there is another book with them, and because I know this now I wasn't quite as heartbroken over the ending as I was last time.
Another amazing book by Paige Toon.
Tweet